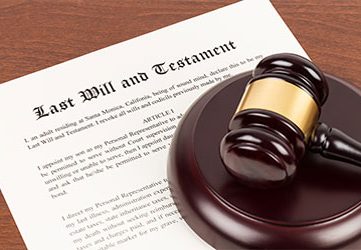 If a beneficiary in a will who expected a large bequest and got a much smaller one (or nothing at all), or a bequest was made to a formerly unknown heir, a contested will litigation can arise.

There are several common grounds we see for contesting a will. Those grounds include:

In order to contest a will, the person who wants to contest the will must have standing. That means that the person must already be a named beneficiary in the will. People who would have received a bequest if the deceased had died without a will (“heirs at law”) also have standing.

Lastly, a person who was named in a prior will, but who is not named in the will submitted to probate, or who received a smaller bequest in the probated will, has standing to contest the will.

Other examples of a fiduciary would be a person who was named in a will as a guardian to a minor or an agent named in a power of attorney.

There are several actions that a fiduciary could take that could be deemed a breach of their fiduciary duty: