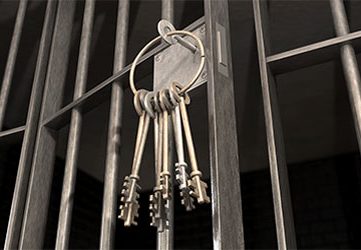 A conviction of a crime can change your life and that of your family. It can make finding a job or getting an apartment difficult. It can result in fines or even jail time. That is why if the police charge you with a crime, or are being investigated for one, you need the help of experienced New Jersey criminal defense attorneys.

There are several types of criminal cases that the experienced New Jersey criminal defense attorneys at Schiller, Pittenger & Galvin, P.C., some of whom are former prosecutors, have handled over the years in municipal and Superior Courts across the state.

The police can charge you with DWI if they believe alcohol or drugs have impaired your ability to drive.

Driving under the influence of drugs or alcohol (DUI), is another term sometimes use in New Jersey.

N.J.S.A. 39:4-50 describes “driving while intoxicated” as operating a motor vehicle while under the influence of liquor or a narcotic, hallucinogenic or habit-producing drug, or with a BAC of 0.08% or more. For commercial truck and bus drivers, the threshold is .04%.

Additionally, a driver younger than 21 years old can be convicted of DWI with any detectible amount of alcohol in their blood while driving.

The police and/or prosecutors may use breath, blood, or urine tests to determine a suspected drunk driver’s BAC. However, even without a positive test, if the police think that your driving is negatively affected by alcohol consumption, they can arrest you and charge you with drunk driving.

Even a first DWI conviction can result in time in jail. Additionally, the court can impose hundreds of dollars in fines.

Subsequent convictions for DWI can lead to more severe penalties.

Penalties increase if a DWI occurred in a school zone or school crossing.

In 2019, the legislature amended the DWI/DUI laws to encourage prosecution and conviction of drunk driving. Now a driver can be convicted of DWI if he or she has ingested any amount of alcohol, regardless of their BAC. If a police officer’s testimony about an impaired driver’s ability to operate the motor vehicle satisfies the judge, the court can convict the driver of DWI.

In new Jersey, prosecutors cannot allow you to plead to a lesser offense if they charged you with a DWI/DUI in New Jersey. In January 2005, then Attorney General Peter Harvey issued guidelines prohibiting municipal prosecutors from accepting plea deals in drunk driving cases and certain drug offenses.

For these reasons and more, if the police have charged you with a DWI/DUI, you will need the help of experienced New Jersey drunk driving lawyers.

In New Jersey, it is illegal to possess, manufacture and distribute “controlled substances.”

Those drugs include heroin, cocaine, LSD, opioids and more.

New Jersey does not classify crimes as misdemeanors or felonies. Instead, it classifies criminal offenses as disorderly persons offenses and indictable crimes.

Many drug crimes involving the manufacturing or distribution of controlled substances are first- or second-degree indictable crimes.

In New Jersey, possession of less than 6 ounces of marijuana is legal, but only up to 6 ounces.

Any more, and the police could charge you with distributing and manufacturing marijuana.

What Are the Defenses to Drug Charges?

There are several defenses experienced drug defense attorneys use when representing a person charged with a drug offense:

The defendant did not possess the drugs

Were the drugs on the person of the defendant when the police raided a room or party? Or was the defendant simply in the same room in which they found drugs?

Did the police conduct an illegal search?

When investigating, the police are required to follow certain procedures that ensure constitutional rights are protected.  Violations of due process could lead to a dismissal of the charges. Did the police have probable cause to stop the car you were in? Did they have probable cause to stop you on the street and pat you down? Were the reasons the police used to get a judge to issue a search warrant for your apartment legally sufficient?

Was there a problem in the way the controlled substances were handled? Were the drugs somehow tampered with or corrupted by the police? Did the lab follow correct procedures when handling the drugs?

New Jersey drug defense attorneys can protect your rights, help you fight the charges and make the prosecutors prove their case.

The New Jersey Prevention of Domestic Violence Act (N.J.S.A.2C:25-17 et seq.) prohibits domestic violence and domestic abuse. It applies to any person over the age of 18 who is experiencing domestic abuse from any of the following:

The NJPDVA covers 19 separate crimes as acts of domestic violence.

Victims of domestic violence can go to the Superior Court, Family Division in the county in which they live during weekday work hours to make a domestic violence complaint. They can also ask for a temporary restraining order (TRO) issued by a judge.

At night and on the weekends, they can go to their local police department.

In either scenario, the court personnel/local police interview the person seeking the TRO. The victim must describe in detail the type of abuse, injuries, presence of children, frequency of abuse, and past incidents of abuse.

The domestic violence victim may also speak to a judge.

If the judge issues a TRO, the police have the authority to remove the offender from the victim’s home.

The TRO, among other things, can require the offender to stay out of the house, away from the victim, and not contact the victim by phone, email, etc.

Typically, the judge will schedule a hearing 10 days after the court issues the TRO.

At the hearing, both parties will testify under oath. The judge will then decide whether to issue a permanent restraining order.

We have successfully represented clients in various cases, including DUI/DWI, traffic offenses and other matters.

Typically, during the defendant’s first court appearance the municipal judge will schedule a trial date sometime in the future. Prior to the trial date, the prosecutor will provide discovery to the defense attorney.”

That discovery would include police reports, witness statements and any photos the police may have taken.

If the crime charged involves drugs, the prosecutor will send the defense attorney lab reports regarding the testing of the drugs.

On the trial date, the defense attorney and the prosecutor will meet to discuss the case and its possible resolution (they may have spoken about this before).

As a practical matter, most criminal cases are settled by plea bargaining. Plea bargains save time and money for both sides. Additionally, plea bargains remove the uncertainty of how the judge is going to rule in the case.

However, New Jersey criminal lawyers at Schiller, Pittenger & Galvin, P. C., only negotiate from a position of strength and with the agreement of the client. Moreover, we will never force a client to accept a plea deal.

The experienced criminal defense lawyers at Schiller, Pittenger & Galvin, P.C., will vigorously fight criminal charges on behalf of their clients. Remember, to get a conviction, the prosecutor must prove every element of a criminal charge beyond a reasonable doubt. That is a very high standard of proof.

Our attorneys have represented defendants in all types of criminal cases throughout the state courts of New Jersey. If you or a loved one have been charged with a crime, the firm will investigate the incident, collect all relevant evidence, interview police witnesses and find witnesses who may be helpful to your defense.

In appropriate cases, our attorneys will negotiate a plea to lesser charges from a position of strength. Otherwise, we will prepare the case for trial and hold prosecutors to that high standard of proof.

If you have been charged with a crime, or think you are about to be, call the criminal defense team at Schiller, Pittenger & Galvin, P. C., at 908-490-0444 or email them here for a consultation.